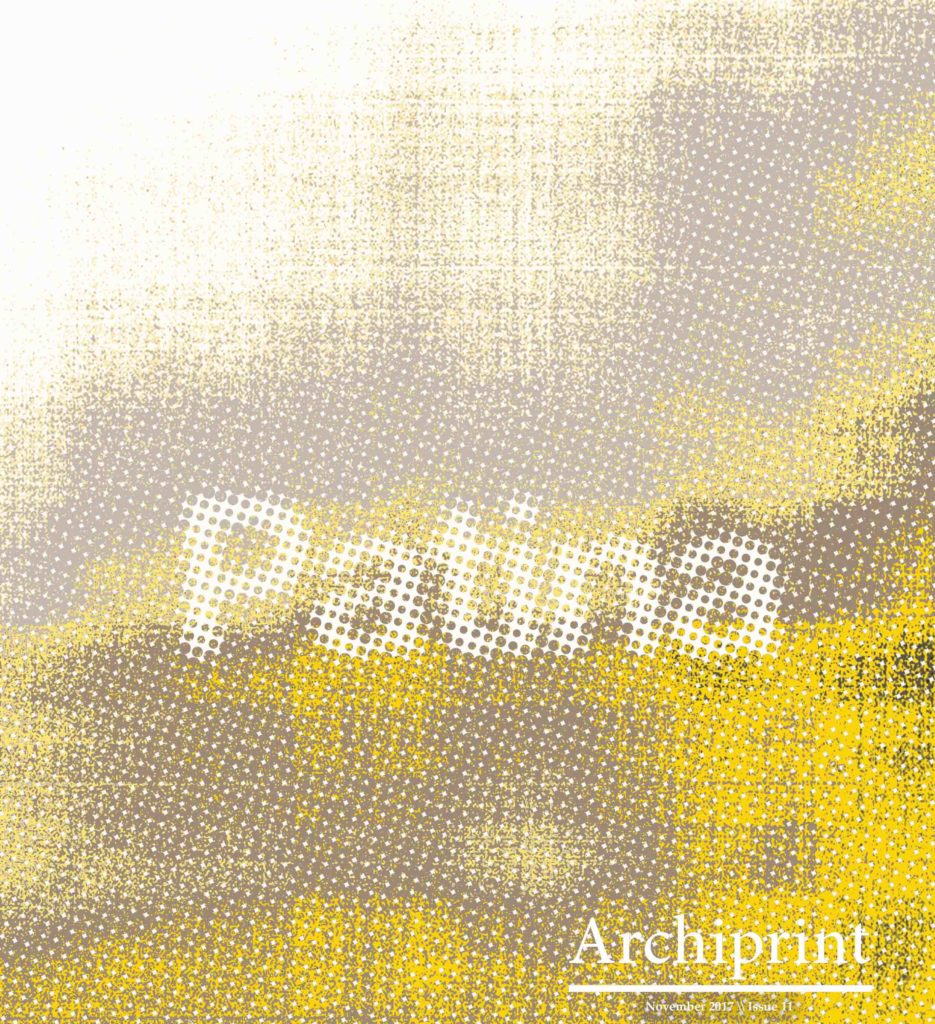 The cracks, the soot, the dancing masonry, bricked up windows and halfrotten window frames. Sounds charming, doesn’t it? Charming in the sense of strolling down picturesque medieval streets, walking along the canals of Amsterdam and straying through old Italian alleys, mews and squares, beholding all those traces of time on a building’s skin.

This charm is associated with the concept of patina, in the broad sense of the word. In chemical terms and processes, patina is the alteration or weathering of material surfaces. In architecture this is most commonly visible in copper roofs, façades and sculptures that over time transform from brown to green or vice versa. However, patina also relates to more fundamental questions of us being in the world. Patination in architecture is quite literally the inscription of time onto our surroundings. It reflects human traces, as well as the processes and forces of nature, and localities of climate1 that affect the building. Its transformative character makes dead material exude life. Patina can therefore be considered as an interface between the past and the present.

Considering patina in this way reveals that the theme of this Archiprint encompasses a wide range of sentiments: identity, the picturesque, monumentality, authenticity and the familiar, to name but a few. Sentiments that have to do with man rooting himself in space and time. It therefore entails a wider conception than mere cortification and refers to a broader notion of visual age characteristics on the surface of a building.

However, before we fully engulfed ourselves in the realm of patina, there was some sort of intuitive resistance to dedicating this issue of Archiprint to patina and even more so to the notion of instant patina: newly built buildings that come across as already having accumulated a history, including having undergone several transformations.2 Simultaneously, it was our inaptitude to pinpoint this ‘gut feeling’ that made us curious to further explore the theme. Might it be that there is no place for patina in modern and new buildings that fuelled this initial scepticism? Or our ingrained discontent with things that allude to historicism? Have we been indoctrinated with the dogma that new is always better and that innovation as a hollowed out catchphrase has become a goal in itself?

Regardless, we set aside our suspicions and wariness, and tried to probe into what the role of patina and instant patina in architecture is, and how its potential could be harnessed for architectural design. This exploration by means of the ensuing essays has in chief highlighted the distinction between two types of buildings: those that are more welcome to patina, or simply can ‘cope’ with patina, and buildings that are intolerant to even the idea of patina. The 9 latter category of buildings tries to prevent time from exerting any influence on it. This is often associated with, if not blamed on, modernism or the process of modernity in general. This is understandable, since within the obsessive faith in technological advancement, for the amelioration of architecture and society throughout the first half of the twentieth century, there was no
place for patina. Any form of deterioration would undermine the entire paradigm and would painfully reveal the impermanence of permanence.

In the work of Alvar Aalto, which contests this very notion, we however might find an interesting alternative. Impressed by the charm of cities, buildings and ruins in Italian Tuscany, Aalto tried to import some of the qualities of those places to his native Finland.3 Concurrently, Aalto was influenced by the spirit of modernity that had engulfed the Western world. In his work he skilfully combined the two, colliding the abstract geometric white modernism with the organic rawness of Finnish nature, illustrating how modernity and patina are not necessarily mutually exclusive.

The materials in these buildings are, however, composed in such a way that not only a material complexity emerges, but also a temporal complexity. They not only speak of a renewed interest in the materiality of the façade, but also reflect a process of patination that has yet to take place in real time. We could identify this type of architecture that fabricates its own history with the term instant patina. The designs of buildings associated with instant patina internalize the transformation process of buildings that occurs over decades and centuries. Their facades tell a tale of seemingly lived and transformed buildings. Breda’s public transport terminal by Koen van Velsen is perhaps most illustrative of this trend. Even more interestingly, in the façades of this building the virtual changes throughout the design process have materialized in the façade. This has resulted in a building with a large material variation that aims to break down the scale of the complex and alludes to the charm related to historical squares and buildings that have been inscribed with the traces of time.

The fact that buildings that are declared as monument are becoming increasingly younger shows the current conflation of past and present.5 Different takes on history, which are exemplified by approaches as instant patina, could offer new perspectives on how to deal with the old and the new. This becomes especially interesting in relation to the mounting urban pressure to transform derelict industrial buildings or historical inner cities.

With the OV-Terminal Breda having been declared Building of the Year, the presence and acceptance of expressive materiality and themes such as (instant) patina are gaining ground. Modelled after the credo of this year’s Architecture in the Netherlands Yearbook we might ask: Who is afraid of patina? Not as a license to patinate, but as a call to critically explore the value of patina – since all buildings, like all people,
age.