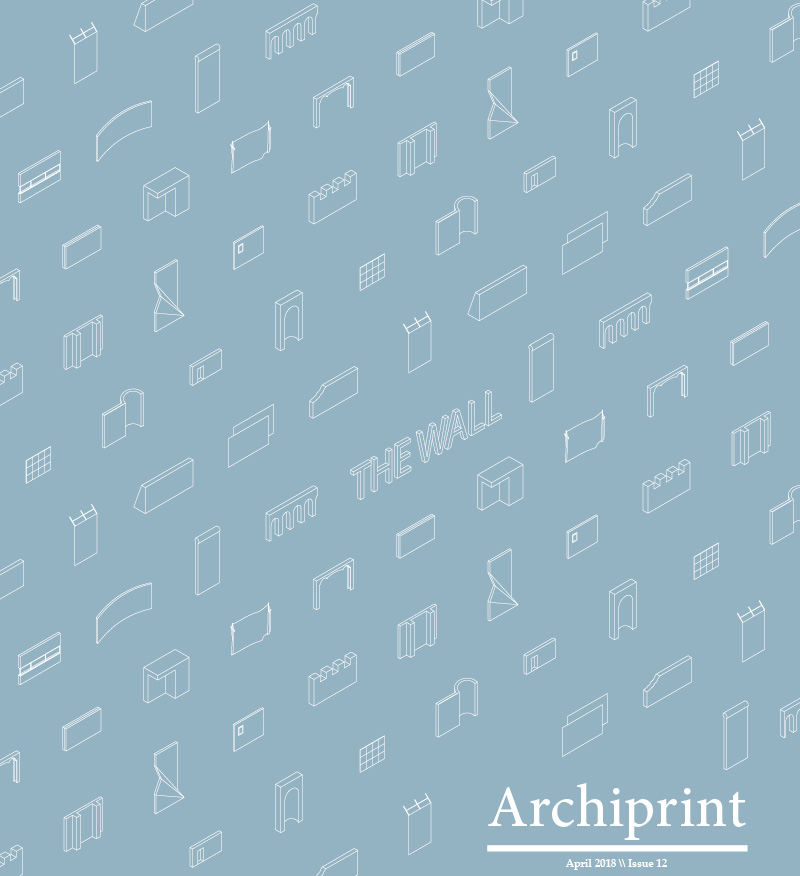 Walls shape our daily lives. We are either consciously or unconsciously, but nevertheless continuously, confronted with them. Initially drawn up to shelter human beings from the natural elements and the perils of hostile animals and humans, they define an ‘inside’ and an ‘outside’. Concurrently, walls act as a separating element; separating an ‘us’ from a ‘them’. They signify limits or discontinuities in space and are physical translations of – for instance – socioeconomic, cultural, legal or political conditions. A wall therefore always holds a political meaning, because it acts between humans, regulating relationships by keeping things together or holding them apart. They do so on different scale levels, ranging from the small scale of the walls separating terraced houses to the large scale of national borders, such as the Berlin Wall, the West Bank Barrier and the Mexican Border Wall. On either scale, the wall functions as a physical manifestation of underlying intentions and conventions of great complexity.