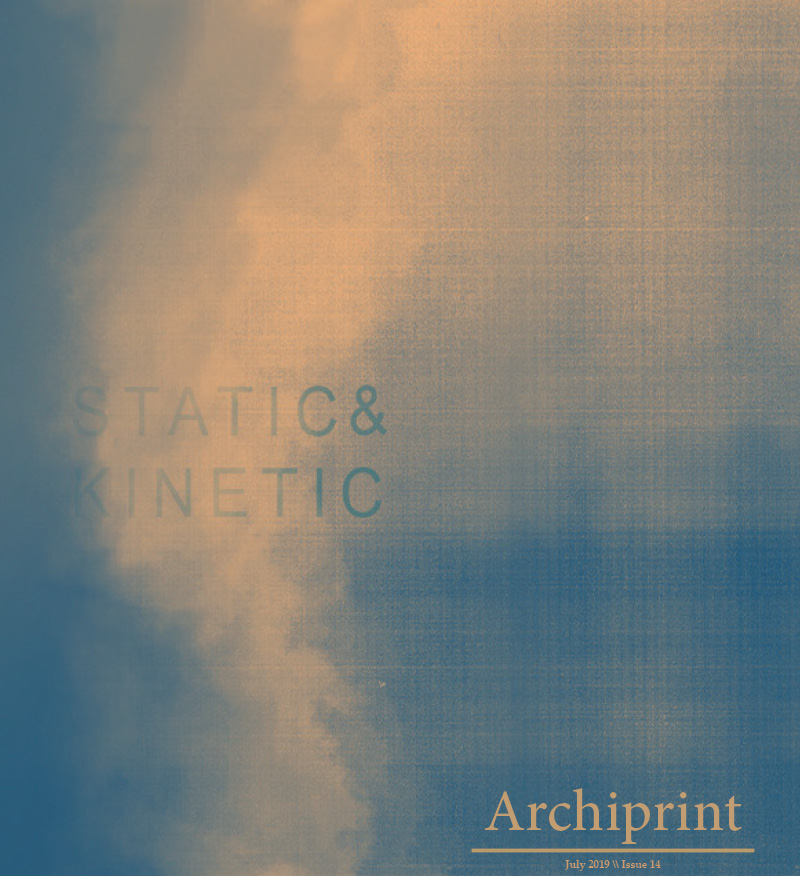 The process of constructing a place, a building, a city or a landscape has traditionally been conceived of as a conservative art, as the creation of an enduring and lasting artefact that embodies the achievements and ideals of a generation. While the hard structures of the city have withstood the test of time, with only incremental changes, the widespread perception remains that a new era is followed by new ideas and objectives and, with this, the constant need for restructuring the urban landscapes. The condition of our time, as argued by  Rahul Mehrotra, an architect, urbanist, and educator, is that “we are designing for absolutes and not for transitions”[1]. The temporality that is associated with transitionary landscapes sits in stark contrast with architecture, which is encoded in permanence. This issue of the Archiprint tests the perilous waters as it delves into the city intertwined in juxtaposing narratives of the static and the kinetic.

Malhotra explores this dual theme in the book “Other cities, other worlds: Urban Imaginaries in a globalising age”[2] by taking Mumbai as a primary example. While the static manifests itself in the formal settings the kinetic is retained in the informal. The former is built with permanent materials, such as concrete, steel and bricks. Whereas, the later, built with the recycled and lightweight materials not only evokes the ephemeral but also captures the essence of the Hindi word jugaad, meaning cobbled together.  At first glance, these two perspectives may seem divergent, however, they function together in the same physical space. Though monumental in its presence the static city is only a two-dimensional entity, comparable to a map. On the other, the kinetic is a three-dimensional entity that is both fleeting and chaotic.

Due to the cultural, social, economical, environmental, and political background of a city, the dominance of the static and the kinetic can vary. And in particular cases, such as the informal settlements in Mumbai and favelas in Rio de Janeiro, the responsibility of the architect and the urbanist is imparted to the inhabitants. In these transient states, the different roles in the built environment are made ambiguous. From this an inevitable question arises in this issue: how does the definition of time, matter and presence compel us to rethink permanence and impermanence and their intersection?