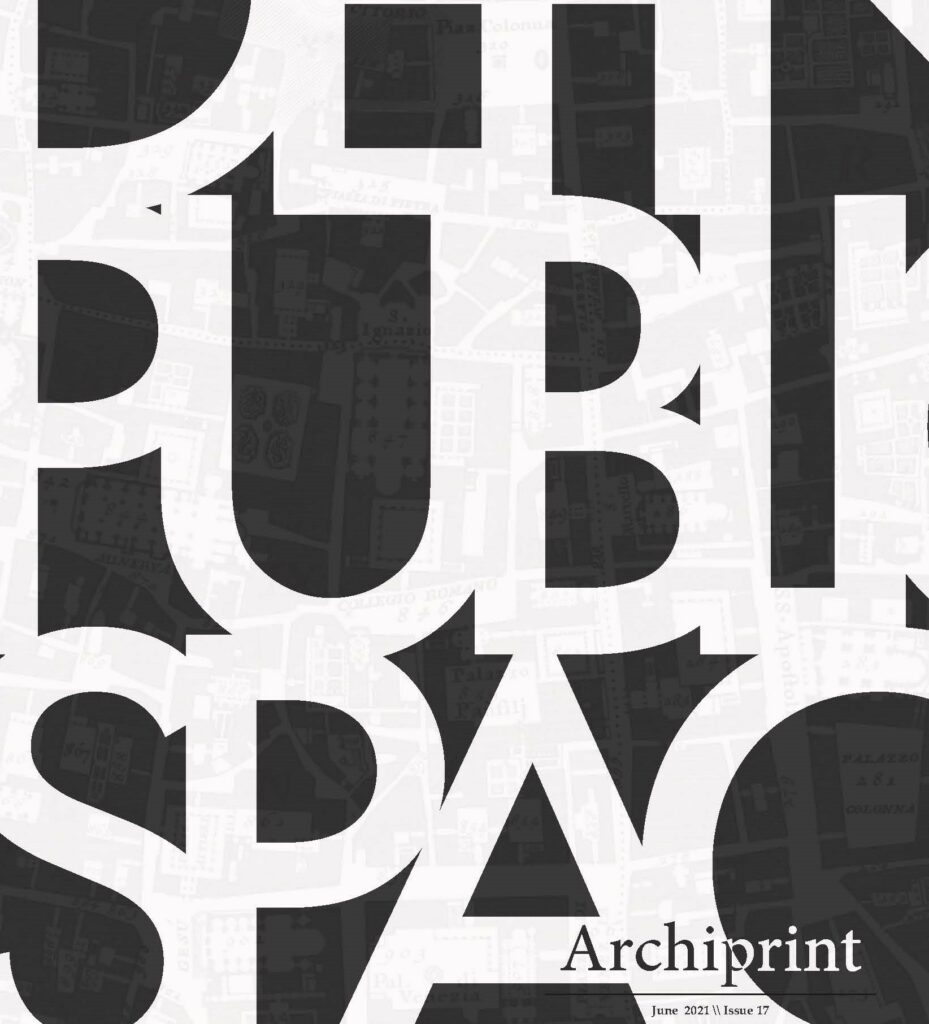 The tagline ‘#stayathome’, the anthem of 2020 and 2021, has echoed through empty spaces for almost a year and a half now and we have been living in a mandatory state of self-isolated restraint. Society is parched, dehydrated by the absence of the thing we refer to as ‘publicness’. Arguably, the public realm virtually floods the private domain on a daily basis as we now perform both public and private functions in the same room – even while sitting at the same table. Yet there is something distinctly unpublic about the way in which we have been living. This issue is, in part, a dedication to ‘public space’ in its absence.

The success of such an issue would be a strategic cross-section through this multifaceted ocean of meaning that is capable of lucidly demonstrating the various currents that have steered ‘public space’ into its present state of ambiguity. Not only do there exist differentiable levels on which ‘public space’ could be construed, there are also several academic disciplines that would seek to interpret ‘public space’ and its implications differently. In order to do this task justice, it was essential that each of these articles, ‘Evolution of Public Space’, ‘The Social Dimension of Public Space’, ‘Public’ & ‘Private’ and ‘Translating Public Space’ not only outlined multiple dimensions of ambiguity, but concurrently dealt with different thematic undertones related to the theory of architecture and urban design, history, sociology, philosophy, metaphysics and linguistics.

In order to get as close to defining ‘public space’ as possible, it must be translated from a metaphysical concept into a physical manifestation, affording careful consideration to the grammatical nuances of its vocabulary. Essentially it comes down to a matter of communication, the language that we as individuals use, especially in a professional context. Linguistics and entomology are the focus of an elegantly constructed final article that rounds off this issue and provides an anchor that pulls into focus all four pieces in order to fully visualise a three-dimensional, multi-layered linguistic construction that has evolved through time and space.

The title Defining Public Space was chosen not to indicate that the conclusion of this issue would be a neat definition of ‘public space’, but rather to indicate, by the word ‘defining’, that the process is ongoing. Public space is caught in a gradual but constant state of metamorphosis. Its nature is thus multidimensional and abundant in meaning. As time marches on our cultural, economic and sociopolitical practices evolve and so do our ideas of what public space is and should be. Within our professions the term public space is not a given, but is something that requires careful and constant revision as we design, build, critique, write and speak.